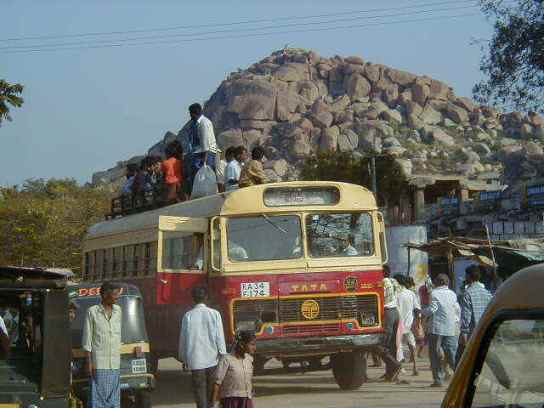 The Kemp ( red, in Kannada) bus has literally travelled a long distance and has come a long way. These KSRTC buses were earlier known as ST ( State Transport ) buses, having received a facelift, are now much improved versions of their earlier variants. They weren’t just the mode of transportation, they played a part in fostering relations and improving bondings between the near and dear ones. In fact, in those days, when no other mediums of communication existed, they brought the dear ones near!! In Karnataka, they connected every hamlet with every village, every village with every town and every town with every city. It was an unwritten “sampradaya” (tradition) to receive and see off the relatives at the bus stand!! In that sense, people connected emotionally with the ST buses, it was a carrier of people’s love. In those days, there were no mobiles and GPS to convey the correct status of an expected bus, hence, when we went to receive someone at the bus stand, we had no choice but to keep waiting till the bus actually arrived. We took pleasure in such long waits, if they happened. Sadly, such a sampradaya hasn’t survived the passage of time. Karnataka, in those days of limited resources, had a tradition that there used to be one “last bus” to every village and, in Kannada, that bus used to be known as “vasati bus”, meaning, “resident bus”, it stayed overnight at the village. Those were the days when individual transports weren’t the norm and we all relied on the state owned transport system. People in the villages had an emotional connect and  derived some strength and courage when they spotted their last bus coming into their village, day after day. The villagers felt fidgety and restless if their “vasati bus” did not arrive, for some reasons, on some days. The timing of its arrival generally coincided with the Sun set. Many a discussion and debate, in the villages, were conducted in the vicinity of this “vasati bus”. The next day morning, with the Sun rise, this bus used to be the “first bus” that left that village. There was an incredible bonhomie between the crew of the bus and the villagers. Invariably, the crew ( driver and the conductor ) were honored guests for dinner at one or the other homes of the village and took part in all the mass celebrations of that village, whenever they happened. Now, the State has prospered, there are good roads, good bus stands, good buses, good movement of commuters. Prosperity has come but this tradition of “vasati bus” has gone. People do not go to the bus stands anymore nor do they receive anyone with love, realised this, with regret, during my recent visit to one such village.
Sorrowfully, connectivity has improved but the connections haven’t. “Kemp” (red) is just not about the colour of a bus, it signals, ” all is not well”!!

Oh the times!! Oh the customs!!