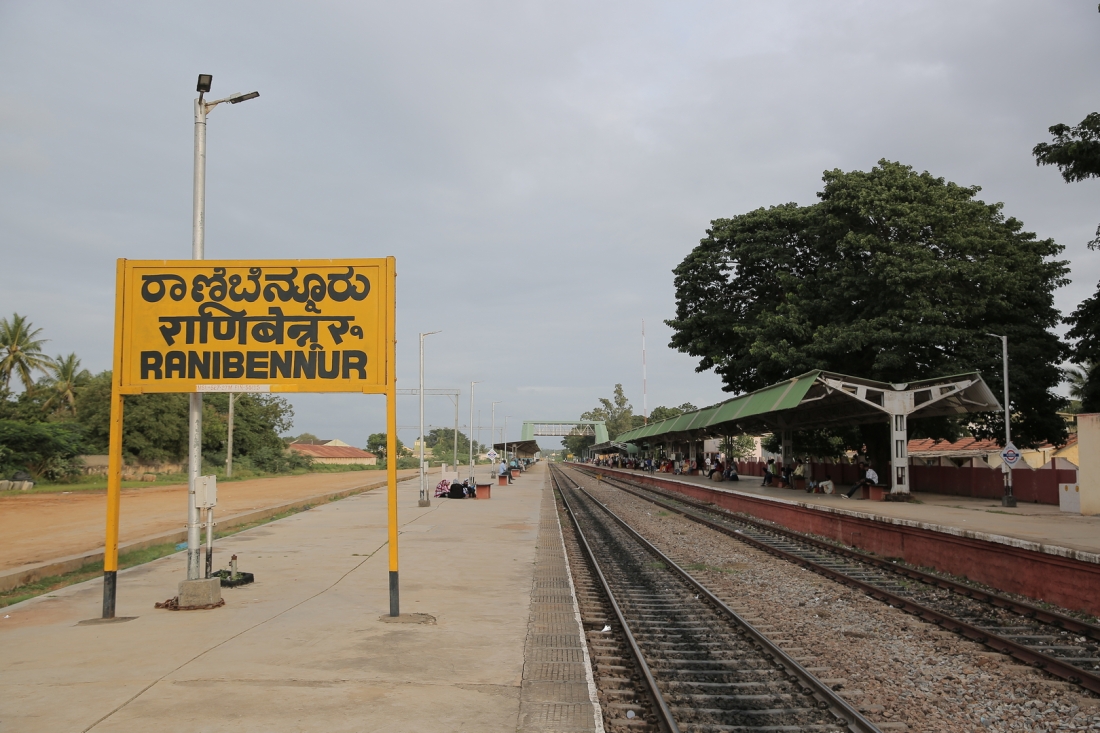 The trilingual yellow board announces the arrival of ‘Ranibennur’, a non-descript station where I had spent the whole of the first ten years of my life. Many a miles of my journeys have commenced or culminated at this location. Those days, it wasn’t as busy and a bustling station as it is now. While there were a few trains that traversed through, there were fewer trains that actually halted. Now, it is one of the busiest hubs witnessing hordes of people alighting or entraining.

What I remember most, as small kids, is our frequent visits to this station either to receive or send-off our dear and near ones. Summer vacations meant an increased number of visits to the station to receive our cousins and other family members. Those days, it was customary for us to go to the station or a bus-stand to receive or send off guests, it was a gesture and courtesy to do so. Although the station was in excess of a kilometer from our house, we deemed it a pleasure to go there and welcome guests when the train arrived. Many a times, since it was a single rail-line, the trains showed-up much after their appointed time. We waited, and waited with pleasure, unmindful of skipping meals or sleep, for the trains to chug-in. Aunt and Mama’s sons and daughters pooled in from all directions, on different days and at different times. After collecting the guests and their belongings, walking back to our house was not an option; we had to hire a “tonga”. As the horse carriage made its way to our house, we could see our entire family members waiting for the guests, at the entrance itself. The exchanging of pleasantries and enquiring of each other’s welfare was in itself a sight to behold. Thereafter, the house wore a fuller look and appeared more vibrant with a flurry of activities. All of us, nearly two dozen people, had one common kitchen, one common bathroom, one common toilet and one common hall!! We shared our mattresses, chadars(blankets), clothes and, many a times, even the inner-ware. After the dinner, the elders had to discuss a sleeping plan that could fit in all, with bearable discomfort. Despite those plans, by the time we woke up, one realized that one was either out of a blanket or would have rolled on to the naked floor. It was one big commotion for nearly a month and was a yearly feature. When the summer vacations came to an end and it was time for our cousins to leave, we often kept requesting them to post-pone their journey day after day. Such was the bonding that they were as much reluctant to return, as we were reluctant to let them return. Many a times, we hid their baggage to prevent them from parting. Inevitably, against the wishes, all had to part ways. Again, we, the kids, accompanied all our guests to either the railway station or the bus-stand to finally bid them farewell. It was “au revoir”, till we met again, the next time.

Many a times, I desire to travel back to Ranibennur to bring back some memories from the good old days and re-live those moments where we cared for each other and were willing to invest time and energy into our relationships.

One thing is sure; nothing lasts forever, except our memories! They are our price-less possessions!