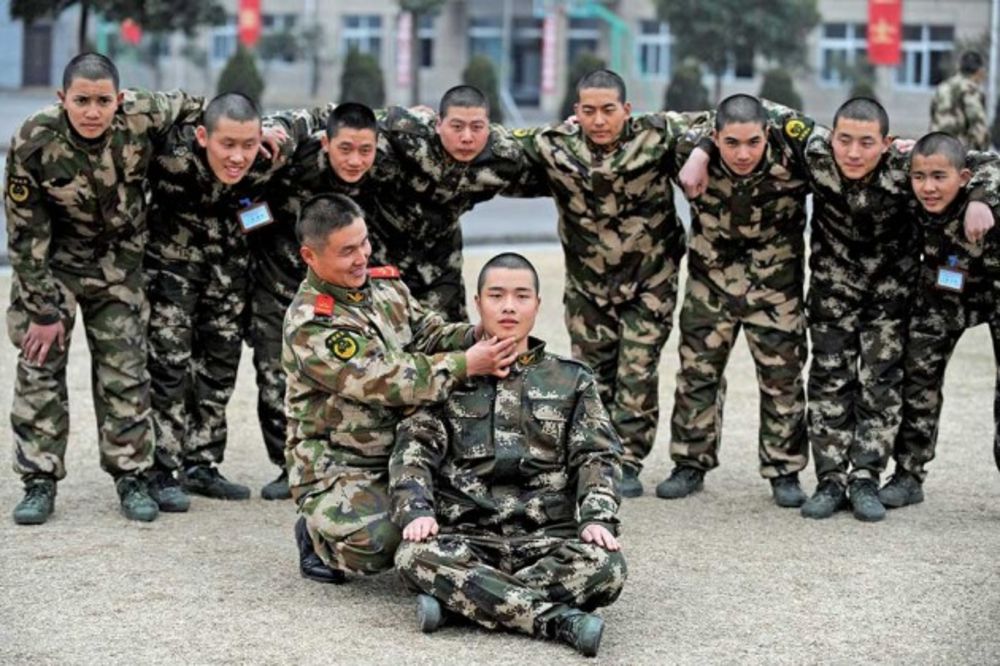 Solomon Asch – Conformity Experiment of “vision test” proves that humans suffer from a herd mentality: We are greatly influenced by other’s opinions.

Apparently, people conform for two main reasons: because they want to fit in with the group (normative influence) and because they believe the group is better informed than they are (informational influence).

One opinionated expert spoke forcefully that the Chinese soldiers are not operationally tested, and hence, would succumb in every battle. This is an apt example of herd mentality of humans in general and experts, in particular. Everyone seems to believe that the PLA would flee at the first shot.

First things first, Indian soldiers are cut above the rest, in terms of fighting spirit, is beyond doubt. They would surpass everyone’s expectations is a given: Let me leave it there.

About the Chinese soldiers, one can at best say, they are yet to pass the test of fire. Britishers too erred in classifying people into martial and non-martial races. Irrespective of their classification, all our troops, whether they belonged to martial or non-martial race, have given an excellent account of themselves in various operations. Every Regiment has earned its spurs in various battles. Tambies (Soldiers belonging to Southern region) were never regarded as fighters till IPKF happened.

I believe, it would be unwise to dub PLA as a pushover army. Important thing in the operations is whether a soldier is fighting an “ethical” battle and for a just “cause.” If that is ensured, most professional soldiers would fight alike. It would be imprudent to believe that the country with global ambitions would send their troops unarmed and untrained. It would be unwise to believe that a country that trains thousands of officers and soldiers of the foreign armies would neglect the training of their own men. Everything about China is an enigma: It may be correct to label them as “untested” rather than prematurely writing them off.

The Warrior Wisdom says: There is never anything positive to be gained by underestimating your enemy, no matter how insignificant you may consider him. The only thing that underestimating your enemy can possibly do is aid your enemy in his quest to hurt you. It does nothing at all for you, at least nothing positive. Like everything that you do, it does have an effect on you though; the only thing is that effect will be purely negative. Why in the world would you want to do something to help your enemy and hurt yourself?

As Lao Tzu said: There is no greater danger than underestimating your opponent.

Indian soldiers would hunt them to the last hill is altogether a different matter.