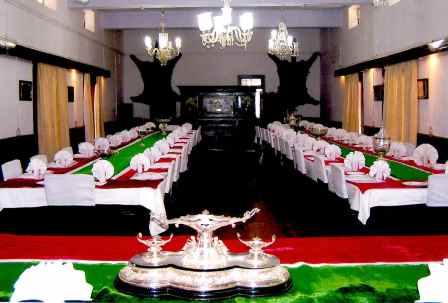 “The difficulty lies not so much in developing new ideas as in escaping from old ones.” ― John Maynard Keynes

In Indian restaurants, one may have observed, a quarter plate is placed to the right of a full plate: In the army, the reverse is the norm; it is to the left of a full plate. This practice, like many others, is the legacy of the British Army. They have a tradition of eating with both the hands: They partake a piece of bread with the left hand, apply butter with the right and then use the cutlery to juggle with an omelette or a cutlet on a full plate. They were not accustomed to a chapathi or a paratha, which is now a part the Indian army menu. While it suited them to have a quarter plate to the left, it does not seem to be right for the Indian army. Commanders and leaders have brainstormed over multiple sessions, for over three decades, but the quarter plate has stuck to its place. In some old army cantonments, there are still few small bazaars that are known as BI Bazaars: BI stands for ‘British Infantry’; this is where the British Indian troops procured their daily needs. In the army, the nomenclatures, processes, precedences and practices need enormous effort to be replaced or discarded: This again is the patrimony from the colonial rulers.

Britishers are known for their stubborn adherence to orderliness, precedence, past practices and protocol; deviations are despised. It is believed, if two of them are sitting next to each other, they wouldn’t speak to one another unless a third person comes around and introduces them to each other! As regards orderliness, it is legendary: Even if there is a lone person, he forms an orderly queue of one person. Once, in the House of Lords there was an intense debate few years ago whether the new members should bow three times as done since 1621 or bowing just once would suffice. Ultimately, after the debate that stretched for three days, the House of Lords decided to retain the tradition of bowing three times as was being practised. Their logic was simple, why tamper with the ceremonials that were centuries old and moreover such an abrupt discontinuation would disturb a whole host of ghosts!

Just before I hung my uniform a couple of years ago, there was this Army Commander who came on a visit to our training establishment. As a customary, he was taken on rounds to the catering battalion to show him the way the cooks were being trained. Disturbed at the sight of the model dining table, the General asked the same question: Why is the quarter plate on to the left of a full plate? He appeared serious, and we believed, he was serious about shuffling the old order. He spent good amount of time staring at us, but just as we were beginning to believe that he has mustered the courage, he moved away without moving the plates. Generals have come and Generals have gone, the orders have remained what they were.
Whoever said, “The only constant in life is change,” perhaps was not a part of this profession. In the Forces, “Continuity is the only constant.”